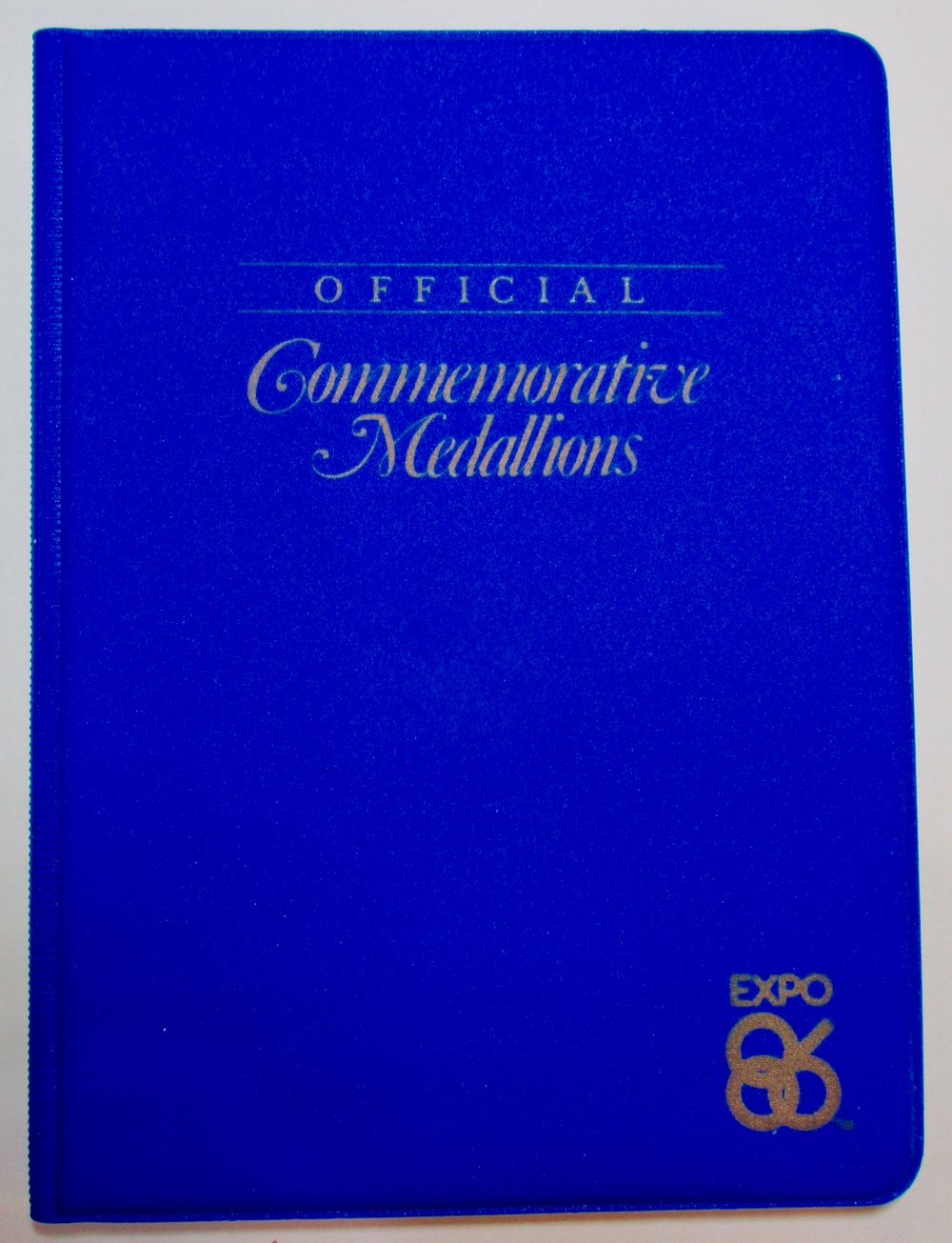 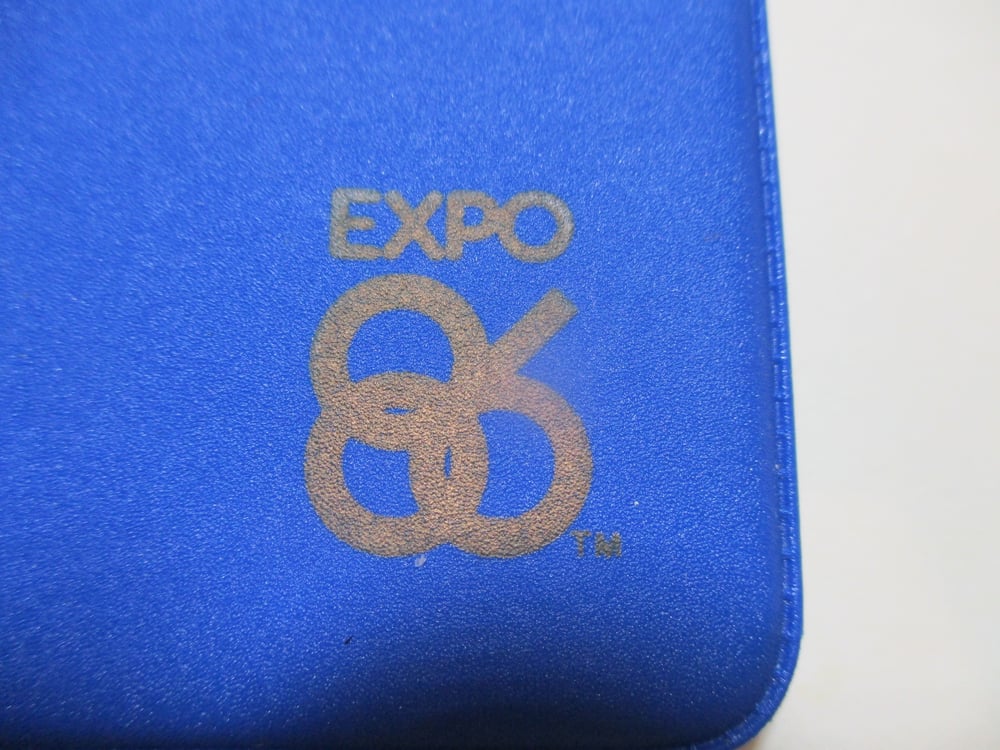 This is an unusual opportunity to purchase a very scarce--and inexpensive--set of medals that were unusually well made for the 1986 Canadian world's fair. While I hate to make such a generality, most modern world's fair medals seem to lack the artistic style and grace of early fair medals. They were essentially a piece of medallic art.

This four-medal set is quite handsome and the medals are highly reflective and depitct different scenes from the fair on the obverse and the same fair logotype on the reverse. Included in a cello sleeve on the left of the vinyl-over-boards folder is information about the medals. I believe some or all of the medals were also issued individually in plastic cases; those can be found occasionally on Ebay. The fair also issued a silver medal in a velvet covered hard case, that was issued only in this way, not in any type of set.