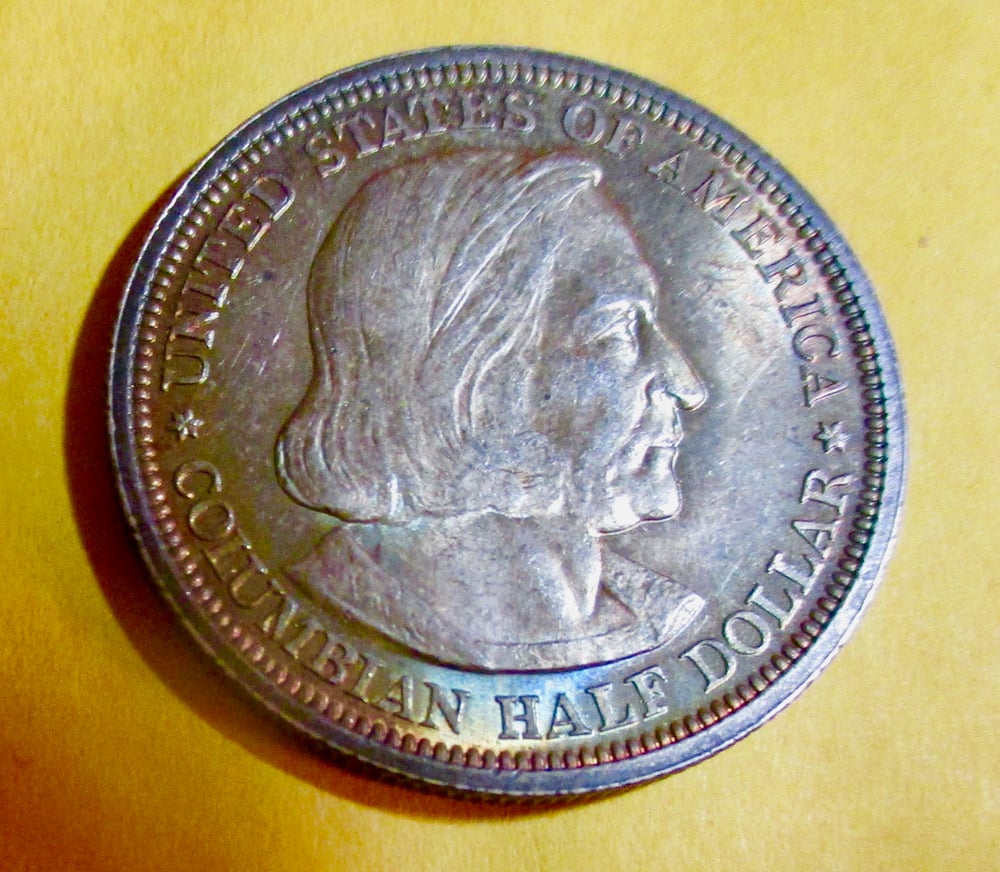 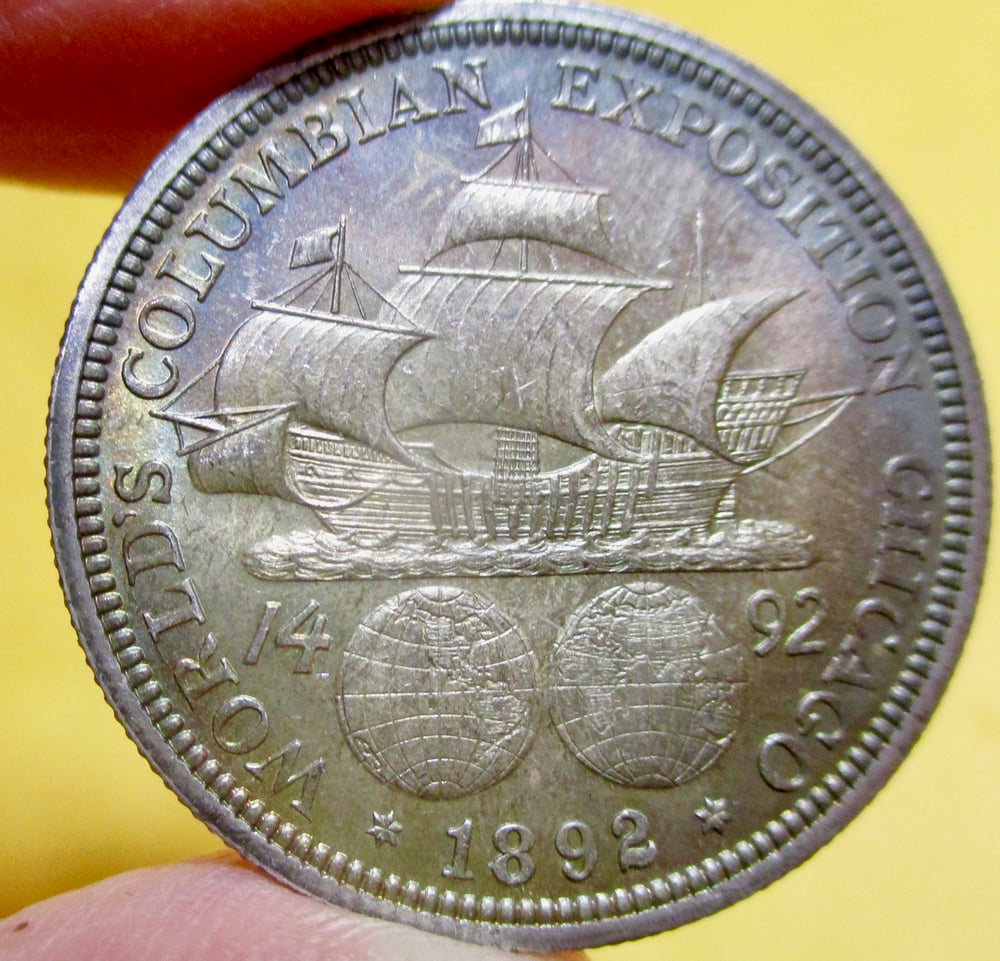 Grading, despite the vast number of coins and medals slabbed in recen years, is just as annoying and subjective as it ever has been. In the long past days when BU, Choice BU and Gem BU seemed enough, assigning numeric grades whether by collectors, dealers OR authenticators/graders with NGC, PCGS or ANACS is a continuing point of subjective disagreement.

I find it quite easy to call this a "gem" but when comparing it to slabbed comparables at MS64 or, I find a great many differences and contradictions in identical slabbed coins. Otherwise, we wouldn't have the frequent resubmittal of rare coins in hope that the second--or tenth--attempt to get that one point higher grade that in some cases means a fortune in the sale of the coin.

Columbian 64 and 65 halves can range from $150-$300 and $300-$500; just take your pick! Having seen some amzaing 66 and 67 examples I would never attempt to put this coin in that category but it is a very pretty, gem medal with subtle blue and orange toning and a strong strike as evident on the key spots on the coin--including the detail on the sails and other aspects of the Santa Maria. The strike is also superior and I'd probably assume it to be a 64 if I were forced to do so. The way grading seems to go....it might come back 63...or 65. Please judge by the photo and my text.

The John Kennel Columbian collection included numerous halves in virtually all grades, including several repunched date varieties. John's holders made it clear that his his personal subjective grading was tied to "full sail detail" which was marked on several of his holders.

Unlike some collectors I am not wedded to third party grading, especially when one can see quite dramatic differences in identical grades from the same service. This coin compares favorable to both 64s and 65s from both PCGS and NGC. As always, I would strongly suggest that you grade every coin or medal yourself and don't presuppose any grade from a third party. We have all experienced too many of the vagaries of subjective grading and a graded coin being 1 or 2 points off--up OR down--from our own.

This is a gem BU and quite lovely Columbian Half, and the lower mintage 1892 versus 1893. It also has very nice blue and orange toning on the peripheries; if you are rwedded to those pure white coins, regardless of the grade, this one is not for you. If you see it as I do, then it's indeed a bargain priced below typical 64 prices. Good luck.