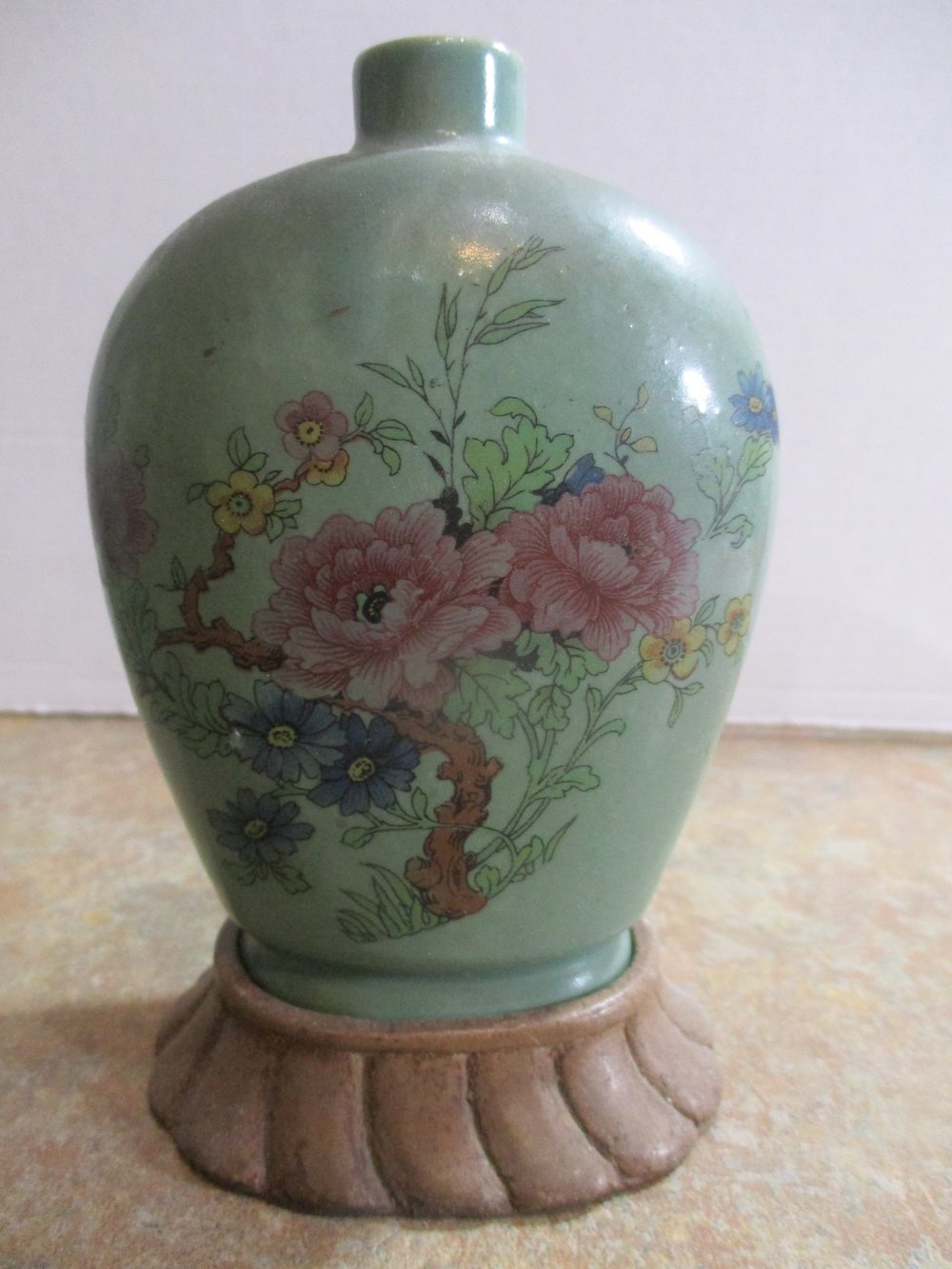 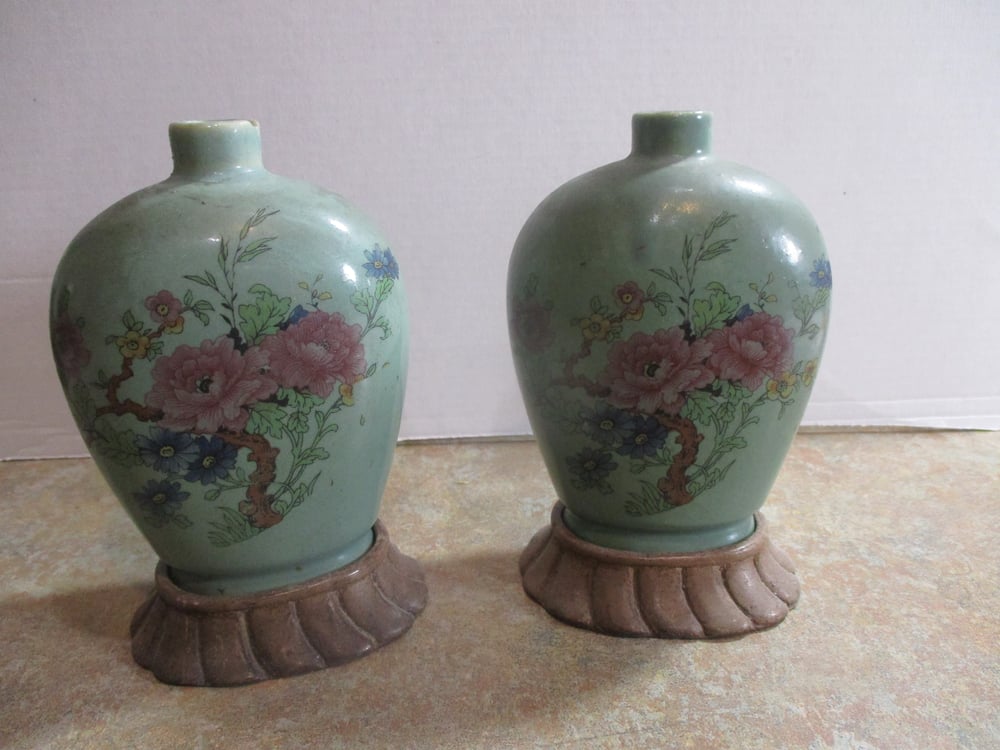 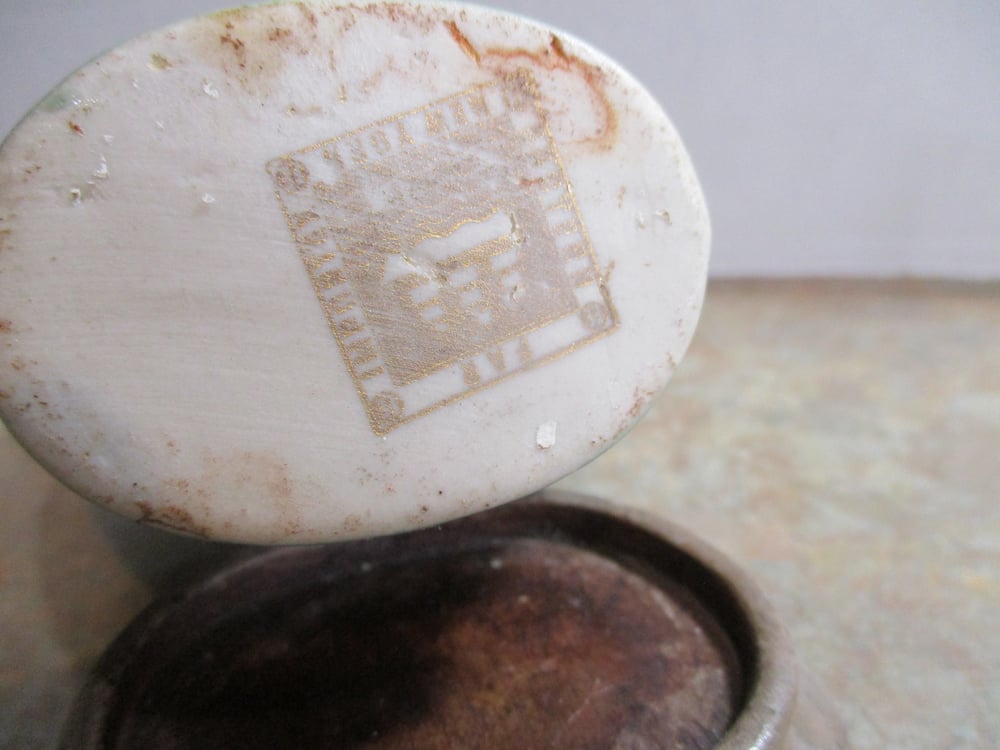 These vases were in the family from which we acquired them for incredibly long, purchased on a voyage of a longtime merchant marine seaman. He aquired them during the Depression circa 1930s. They were in the family (his daughter and my mother went to school together in the late 1920s to the early 1930s) until they were given to me in 1972!. They have a stamp on the bottom of each that references a New York import firm, which would be very typical of imports primarily from Japan in that time period.

Such a stamp would have been placed there after the vases were made and before they were shipped to the US. The merchant marine seaman who bought them on one of many trips to the East, passed away some 70 years ago. The two vases are virtually identical. One has a chip at the top rim. Each is about 5 inches tall when on their bases. The price is for the pair.

We have been asked about the family who owned these: They were family to me, but only as friends for generations. The merchant marine seaman was the father of one of my mother's best friends. That should somewhat date the items. My mom was born in 1919 so he was probably born circa 1880s. His wife was always "Gramma" to me and I "inherited" these and other items when she passed away about 1980.

Victorian Estate Jewelry Bar Pin with Large Center Pearl and 10 Side Pearls, #ON948
$25.00
On sale

Large Print from an Original Painting Done @ Midway Plaisance--Signed on the Matte #ON965
$99.00
On sale